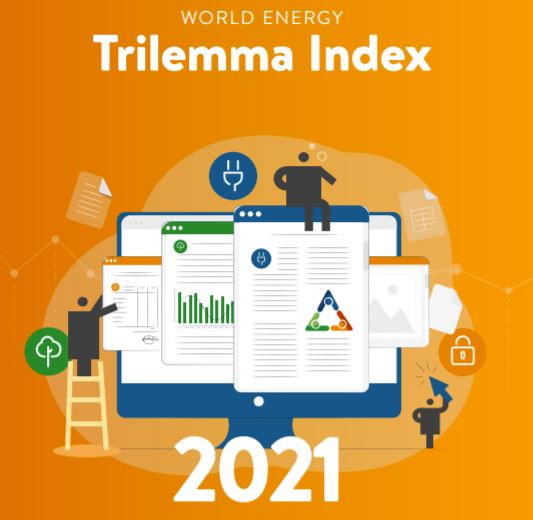 In the so-called trilemma report, the WEC assesses a country’s energy sector according to three key dimensions:

(3) Environmental sustainability: 73 (Switzerland remains in the first place with 88.2 points).

Slovenia has been traditionally a strong trilemma performer and has again ranked well in the field of energy security, but some improvements are needed in the field of energy equity and environmental sustainability. Slovenia thus achieves the ABA score and ranks 17th in the world, and remains among the top 25% of countries with the highest rating in two out of the three dimensions.

“The trilemma results in the field of energy security and security of supply remain high, which proves that Slovenia has a well-diversified and balanced energy mix and a stable and secure electricity network. However, to retain its balanced mix will become challenging in the process of achieving climate neutrality by 2050 (by coal phase-out and by increasing the share of renewables), and will thus demand additional investments in networks and production capacities.

Although Slovenia achieves a relatively high score in energy equality dimension, the issues of energy poverty, such as the affordability of electricity, especially for vulnerable consumers, need to be addressed more seriously. Improvements can be seen in the field of environmental sustainability, especially due to the growing share of electricity from low-carbon sources, the declining trend of greenhouse gas emissions from electricity and improved energy efficiency, but this segment also requires additional measures, which can be expected also through the implementation of the EU legislative package Fit for 55.”

As in all recent years, this year the first three places went to Denmark, Switzerland and Sweden, and Slovenia slipped three places on the scale compared to 2020. We achieved an ABA rating.

According to the Energy Trilemma Index 2021, 14 countries are ranked among the top 10 performers:

At the global level, and especially in the EU, the diversification of the energy mix is crucial, but with ambitious climate commitments and the phasing-out of coal (in the EU in 2020 we record a 38% share of renewable energy sources in electricity production, the first time in history the share of renewables is higher than the share of gas and coal in the energy mix) is a major challenge, while relying on nuclear energy raises some controversy as well as dependence on gas imports. In any case, the results show that a balance between all three dimensions – security of supply, energy equity and environmental sustainability – is difficult to achieve.

In this year’s trilemma report, the WEC took into account the impacts and consequences of the Covid-19 pandemic, which affected fuel demand and electricity consumption (in Europe, we recorded a 13% drop in electricity consumption in April 2020) but emphasizes that the real consequences of the pandemics will be correctly reflected in the results of the trilemma only in subsequent reports. The greatest impact in this period is definitively recognised in the global commitments on emission reduction and climate neutrality targets and the consequent fossil fuels phase-out, which will significantly transform all three dimensions of the trilemma report and will thus require adjustments to the methodology and monitoring of measures towards the development and decarbonisation of energy systems.

WEC has been publishing reports on the Global Energy Trilemma since 2010.